By Drew Hinshaw and Stephen Kalin The European Union intends to start vaccinating citizens against Covid-19 as soon as Dec. 27, days after its planned decision on whether to authorize Pfizer… | December 17, 2020

By Michael Wright and Stephen Kalin The European Union intends to start vaccinating citizens against Covid-19 as soon as Dec. 27, days after its planned decision on whether to authorize Pfizer… | December 17, 2020

Pence, Biden to get COVID-19 vaccine in bid to build public support 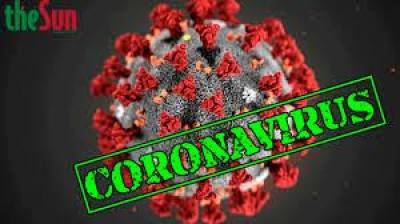 KUALA LUMPUR: A total of 1,220 Covid-19 cases, along with 1,297 recoveries and three deaths were reported in the country over the last 24 hours.

“Of the new cases, six were imported involving people who were infected abroad and the remaining 1,214 were local transmissions,” he said in a statement today.

Selangor remains the state with the highest number of daily new cases with 368 followed by Kuala Lumpur (297) and Sabah (184).

Meanwhile, the three deaths reported today involved men aged 36 to 81, with a history of diseases.

Two of the fatalities were in Sabah while the other was in Johor, Dr Noor Hisham said.

“To date, there are 106 cases being treated at the Intensive Care Unit (ICU), of which 53 are intubated,” he said.

Meanwhile, Dr Noor Hisham said the first of the three new clusters is the Jalan Rusa cluster in Cheras, Kuala Lumpur, involving a residential area where 129 people tested positive from screenings done on 1,267 individuals so far.

The second cluster, the Tapak Bina Pasifik cluster, involves the Lembah Pantai district in Kuala Lumpur, which was identified on Dec 12 after screenings done at a construction site saw 17 individuals there testing positive for the virus.

The third cluster, the Maringkan cluster involves Telupid and Ranau districts in Sabah, with 11 cases, he said.